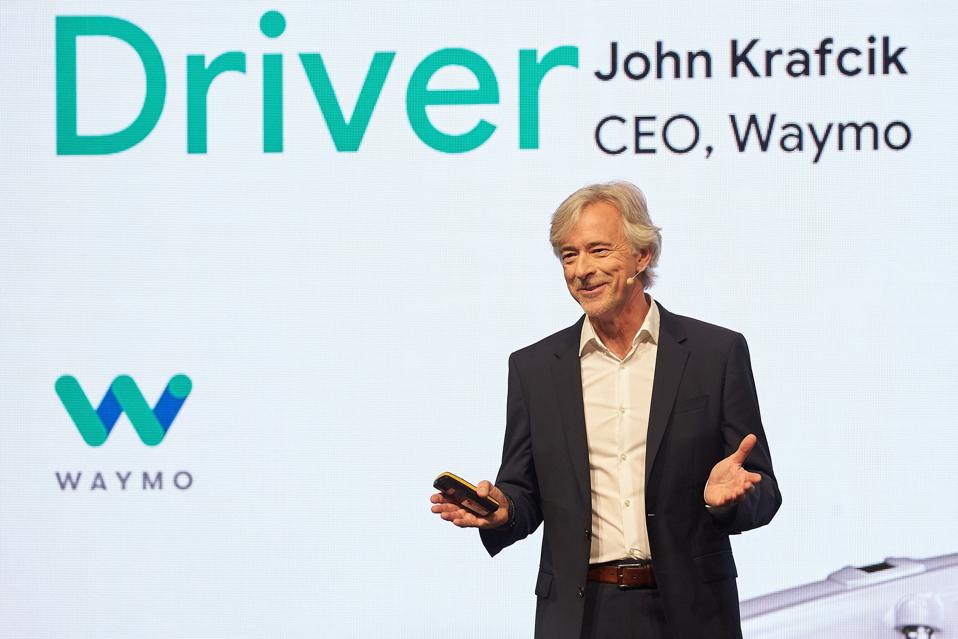 The head of Alphabet’s self-driving division surprisingly announced today that he’s leaving the company after five and a half years. Waymo will now be led by co-CEOs.

Krafcik worked at Hyundai for 10 years, including as president and CEO, before being hired to lead Google’s self-driving car project following the departure of previous heads. He was in charge as it was spun out into an independent Alphabet company, and will remain an advisor.

After five and a half exhilarating years leading this team, I’ve decided to depart from my CEO role with Waymo and kick-off new adventures. To start, I’m looking forward to a refresh period, reconnecting with old friends and family, and discovering new parts of the world.

Waymo is elevating its chief operating and technology officers to lead the company, with Krafcik noting how they’ve already been working together for years. He also notes how Tekedra Mawakana and Dmitri Dolgov have the “full confidence of Waymo’s board and Alphabet leadership.”

Going forward, two extraordinary leaders, Dmitri Dolgov and Tekedra Mawakana will take the helm at Waymo as co-CEOs. Tekedra and Dmitri are an incredibly talented pair who are ideally suited for this moment. Waymo’s new co-CEOs bring complementary skill sets and experiences – most recently as COO and CTO respectively – and have already been working together in close partnership for years in top executive positions at Waymo.

The company today is in the process of ramping up its public ride-hailing and product delivery services. The former, Waymo One, is currently operating in Phoenix, Arizona, while the latter Waymo Via service involves autonomous semi trucks.

As we start this next chapter together, we could not be more excited and grateful to have the opportunity to lead this team and company as your co-CEOs. We’re committed to working alongside you to build, deploy, and commercialize the Waymo Driver and drive the success of our incredible team and this company. We’re energized by the road and opportunity ahead of us.

Thank you for your passion, your world-class contributions, and your confidence in us as we lead Waymo forward together.